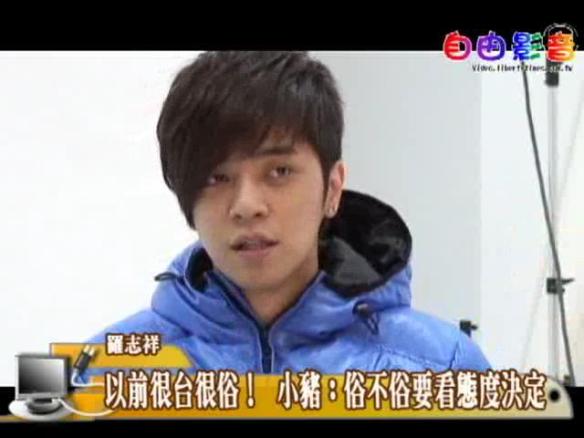 This is an amusing term, as it describes the Walmart-esque fashion often showcased on 9gag, and the Taiwanese equivalent of it – the red tint to the hair, the blue and white flip flops, leopard prints, teeth stained by betelnut, pretty much the calling card of the 台客 – and is generally considered the broader version of the phrase 你很台 (You’re very into Taiwan style – puzzling enough this is not a compliment, it’s kind of like calling someone a chav (痞子pízi in Mandarin) in the UK).

This word is really common, and you’ll often hear it (with Taiwanese pronounciation) in Mandarin. It’s often written using the character 俗, but I don’t think that this is the actual character that it’s derived from, as the dictionary lists the romanization sông, and 俗 is pronounced sio̍h and sio̍k and means cheap when used in isolation. The other character I found it listed under – 倯 – appears just to be a phonetic rendering into Mandarin, as it doesn’t appear in any dictionaries – although I could be wrong.

This phrase is pretty useful as it can be used in Mandarin in phrases like 他很sông, to indicate your disapproval at someone dressing like they’re from Kaohsiung (only joking Kaohsiung, most Kaohsiungers are really well dressed – I’ve just been living up north for too long to have sense). The Taiwanese equivalent to that phrase would be:

*There are also other ways to say 真 or 很 in Taiwanese.

A word of warning, although you may be eager to try out your Taiwanese on people, make sure that you don’t offend anyone. This may be alright to joke about with friends, but might not be appreciated if said to strangers or people you don’t know very well.

Feel free to contact me with any cool Taiwanese words or phrases you hear and want featured on the blog.